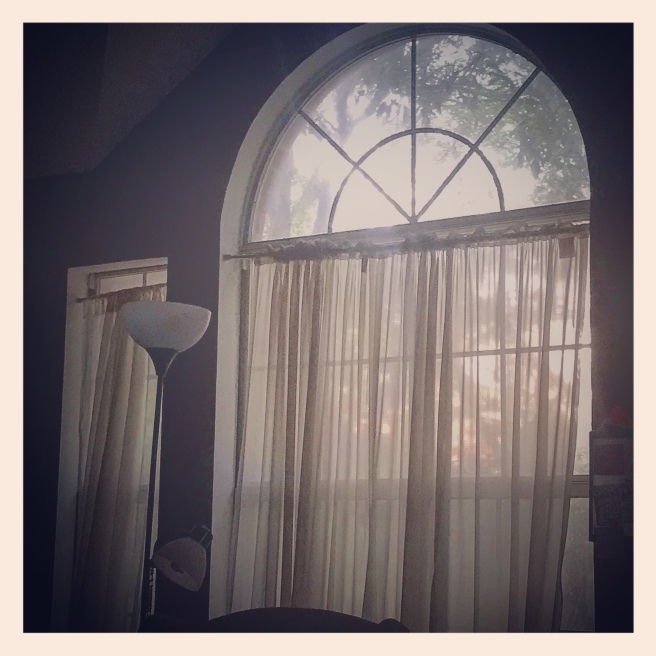 The terrorists have won. Don’t believe me? Just wait, I’m sure it will take less than an hour for someone full of fear masked as anger to comment on this post without reading it all the way to the end or not grasping what I wrote even if they do because fear makes us incapable of thinking. Our lizard brain goes right to work and we make no sense but we are very very angry. We read things that aren’t there and freak the fuck out. I know this because I operate from a place of fear the majority of the time.

We are scared and we are making choices from that place of fear. We are scared of change, of death, of judgement, of God, of there being no God, of mass shootings, of being kidnapped, of human trafficking, of evil and so many other things. We are also scared of the evil in our own minds and the fact that we know, no matter what we show the outside world on Instagram or Facebook, that we are depraved human beings. Alone in our thoughts and dreams, we hear the things our minds come up with and it is not cute which is why we walk around marinating in shame even as we smile and say all the right things about “those people” to make ourselves feel better. As long as we aren’t “like them” we are fine.

That is a lie.

The entire point of taking down those planes on 9/11 was to create such a level of fear that we destroy ourselves.

Looking around at the justifications people make for taking children away from their mothers at the border, the justifications people make for why a mother can pay $400 to have her child’s life ended in her womb, the justifications of why a living wage and healthcare are socialist policies and not just policies that improve everyone’s quality of life. Looking around at what is happening in the world and watching videos of white supremacy and chants of sending American citizens back to where they came from because they dare to have an opinion that differs from the opinion of the President, it is obvious that Bin Laden’s mission of making us so terrified that we destroy all of our values has been accomplished.

Thank God that the story of humanity does not end with terrorists accomplishing their goals or we would all be totally screwed.

The men who killed Jesus had the same goal to terrify people so much they would destroy themselves and the people in power could stay in power. Same story. The devil has no new tricks.

The spirit behind the crucifixion is a spirit of fear. It’s the same spirit that told Eve that God is a liar and that she would not die if she ate fruit from the tree of knowledge.

The fear that God did not want what was best for her, that God was keeping something from her and the fear that God was not who He said He was, all led to Eve disobeying God’s commandment which would have kept her and her children and all of humanity safe. But no, she was scared and so she disobeyed which led to all of us being in danger all the time and easily led to fear based choices.

It was Mary’s Fiat that brought God Incarnate into the world to save us from this spirit of fear and bring us back into a relationship with God. It was her love that countered Eve’s fear. Her love for God and then her mother’s love for Jesus, the child she carried in her womb and gave birth to. She raised Him and then watched Him die. She loved His lifeless body and laid Him in the tomb. And then waited. That love didn’t have any room for fear.

Mary said yes even though she was scared. Her choice was based on courage and on faith, even though she was terrified and did not understand how God was going to make it all happen. She had no idea what the future held for her but she said “yes” anyway. She did not let her fear answer for her. Not one single time.

To be like Mary. To be like Joseph. To be like the Saints, we have to say “yes” out of love for Jesus and not let our fear speak for us in our words and actions and in our choices. Because when we do allow our fear to speak for us, we allow that spirit of fear and destruction win.

Loving Jesus is about way more than just checking off boxes on a list. It means suffering with and for Him. There is no room for the spirit of fear in that. The opposite of fear is love. To love someone is to suffer with or for them.